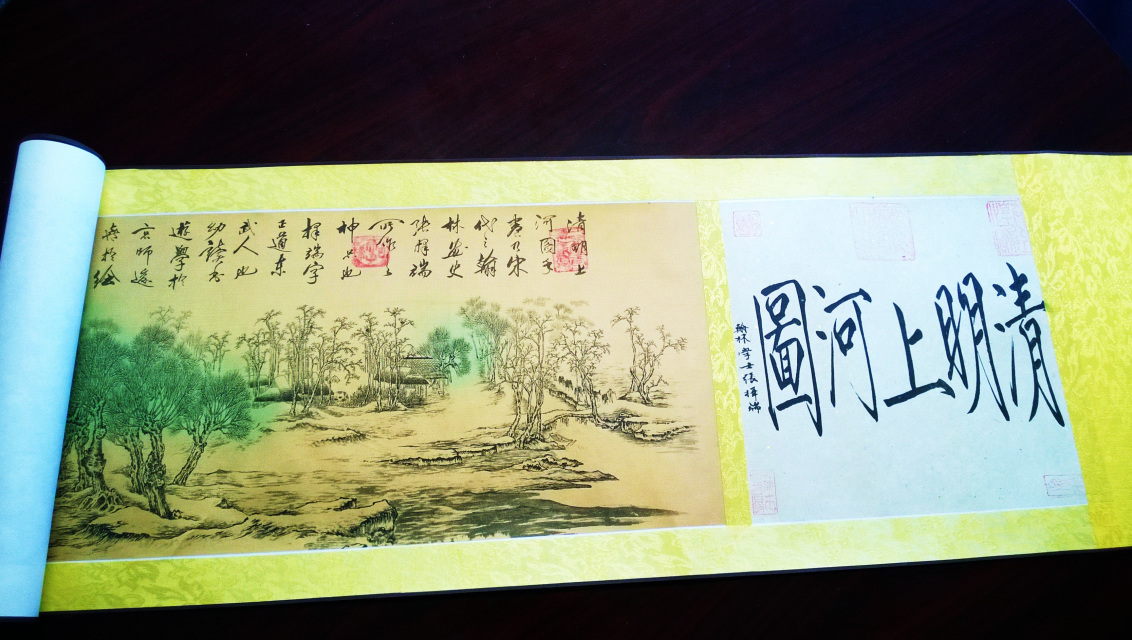 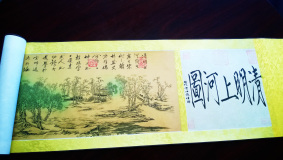 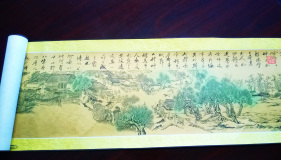 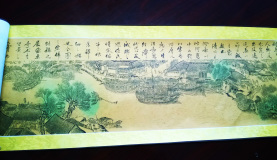 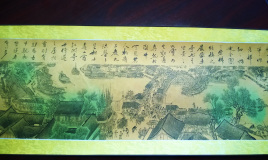 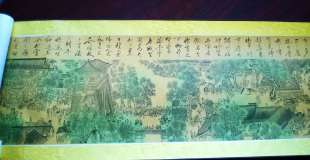 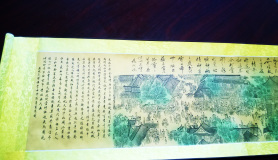 This is a full length reproduction of the original painting. The original painting is considered by some to be the best known Chinese traditional painting. It captures the daily life of the residents and the landscape of the Song capital, Bianjing (now City of Kaifeng, Hunan Province), from the Northern Song. Successive scenes of the scroll depict a variety of festival activities in celebration of Qingming Day in early Spring. The painting is well known for its detailed revelation of the lifestyle of all levels of the Northern Song society, both rich and poor, in the city and the country, with glimpses of the clothing and architecture common at the time.

This reproduction also contains commentaries scripted by two collectors from the 16th century.

The Song original painting is presently kept in Museum of Forbidden City in Beijing and is regarded as one of Class I National Treasures.