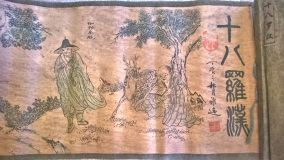 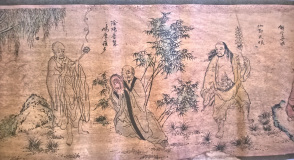 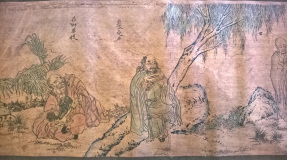 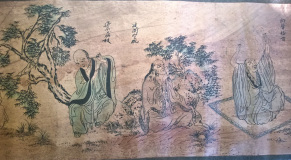 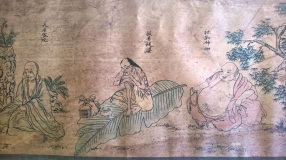 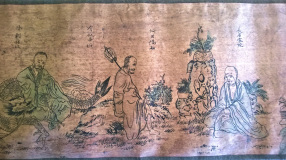 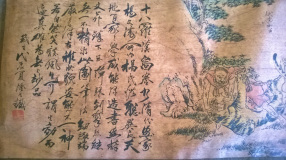 
Antique-imitating reproduction of the long scroll painting by Qing Dynasty artist Wen Tao. This is a full length reproduction of the original. It depicts and identifies in vivid details each of the eighteen arhats in Chinese Buddhism tradition by way of the individual’s facial expression, demeanor, clothing and his craft and surrounding.

Arhat is a Buddhism concept referring to a believer who has gone very far along the path towards Buddhahood and has nearly attained nirvana, the ultimate spiritual goal in Buddhism.  An arhat attains liberation of the cycles of rebirth, and is ranked only below Buddha and bodhisattva in Mahayana Buddhist teachings.  In Chinese Buddhism tradition, the eighteen Arhats are a group of arhats who serve as the protectors of the faith and justice while awaiting the return of Śākyamuni Buddha (释迦牟尼).
2 available
Add to Cart
© 2015 - 2021   Chinalit.com All Rights Reserved