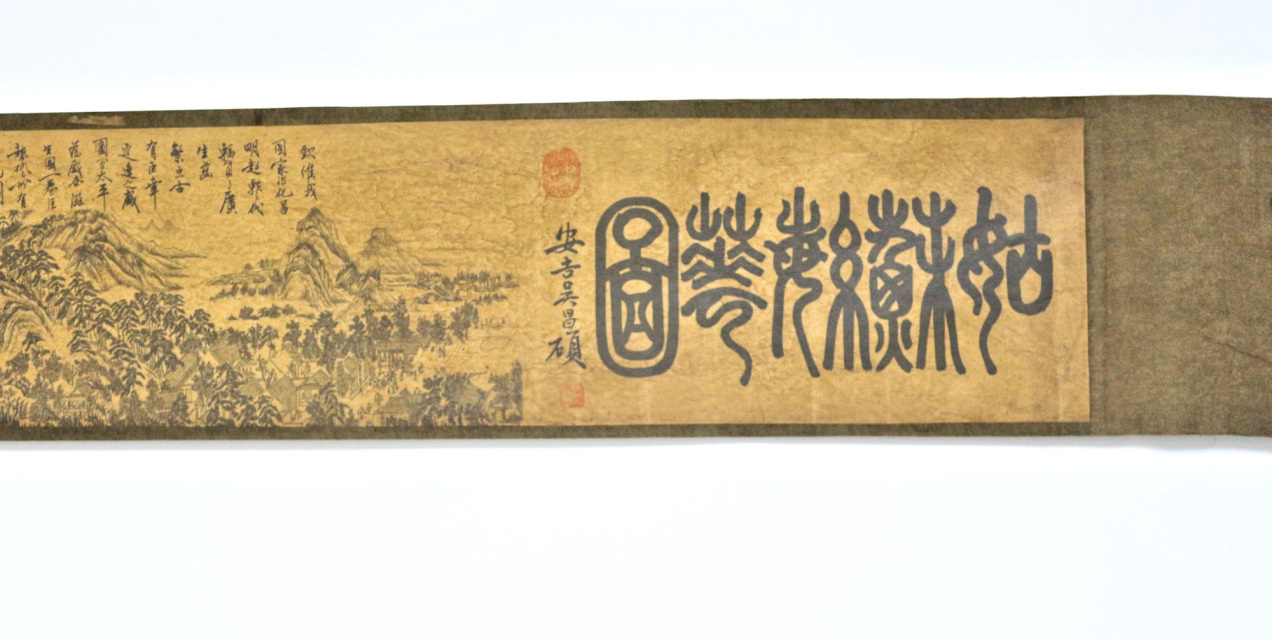 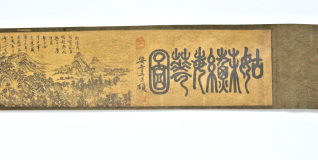 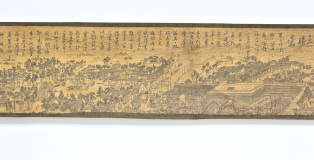 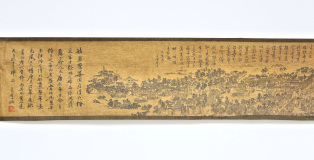 
This is an antique-imitating reproduction of the long scroll painting by Qing Dynasty’s Qian Long Court artist Xu Yang. It presents a panoramic view of the ancient city of Su Zhou and its surroundings. The artist apparently copied both the technique and the landscape theme of the famed Qing Ming Shang He Tu (Going Up to the River on Qing Ming Day) from Ming Dynasty.

The painting shows in vivid details the urban scenes and the sweeping view of the surrounding mountains, lakes and farmlands. There are over one hunred buildings, boats, and bridges depicted in the painting. It captures the daily life of the residents of one of the most prosperous cities in Qing Dynasty’s Qing Long era (r. 1735 – 1796). For someone familiar with Su Zhou today, he may still be able to recognize many landmarks depicted in the painting, starting from the rock mountain on the west side of the ancient city, strolling down to the towns along the magnificent city wall, then crossing the lakes, streams and farmlands before re-entering the city from the east.