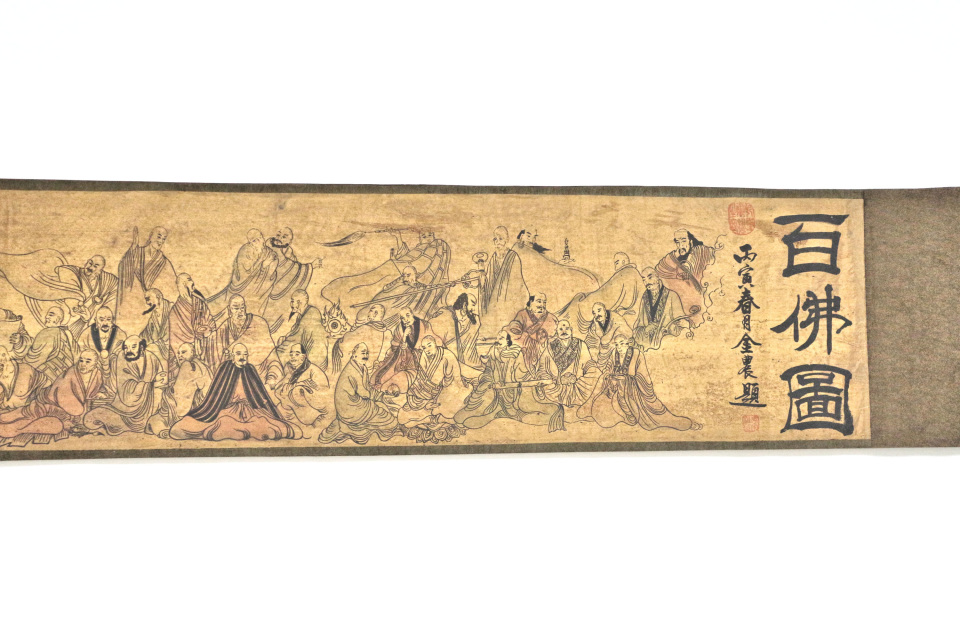 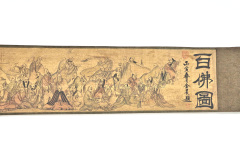 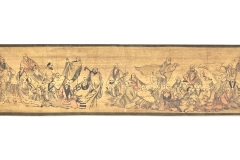 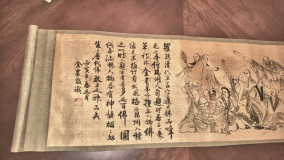 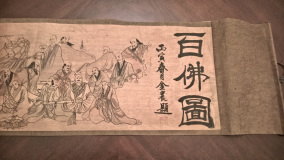 
Antique-imitating reproduction of Luo Pin, Hundred Faithful Monks of Chinese Buddhism (ca. 1760).   This full length reproduction of the 18th century work vividly depicts the 100 faithful underlings of Buddha in Chinese Buddhism teachings and literature, largely based on the famous Tang Dynasty monks depicted in the 16th century (Ming Dynasty) classic, Journey to the West ( 西游记).  It was unique in that, while at the time Chinese brush-ink arts were dominated by landscape paintings, the artist focused instead on illustrating the rich individual facial expressions and, by way of their distinct robes and postures, the personal identity of each of the monks depicted in the painting.  It is considered as the most authentic depiction of the best-known Buddhist monks in Chinese Buddhism tradition.

In recent years, the paintings of both Luo Pin and his mentor Jin Nong fetched in the range of millions of dollars at auctions in China